Leading The Next-Gen of Malaysians Entrepreneurs 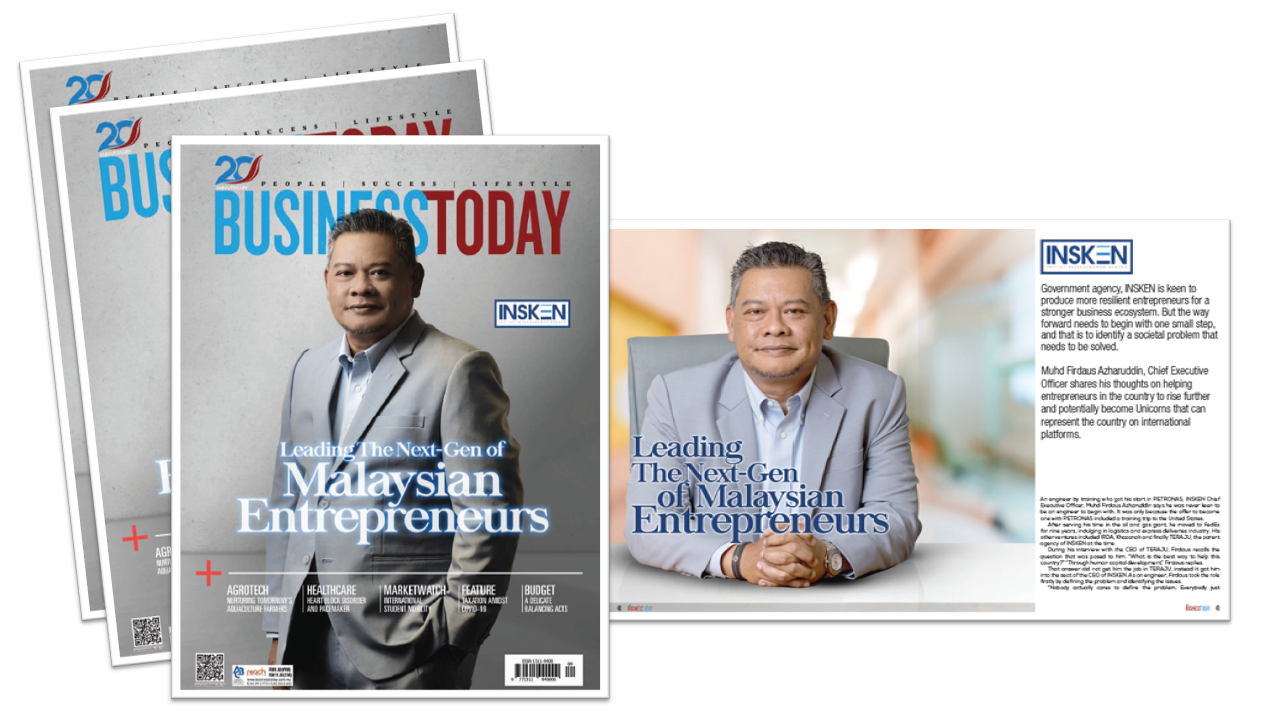 Government agency, INSKEN is keen to produce more resilient entrepreneurs for a stronger business ecosystem. But the way forward needs to begin with one small step, and that is to identify a societal problem that needs to be solved. Muhd Firdaus Azharuddin, Chief Executive Officer shares his thoughts on helping entrepreneurs in the country to rise further and potentially become Unicorns that can represent the country on international platforms.

An engineer by training who got his start in PETRONAS, INSKEN Chief Executive Officer, Muhd Firdaus Azharuddin says he was never keen to be an engineer to begin with. It was only because the offer to become one with PETRONAS included a training trip to the United States. After serving his time in the oil and gas giant, he moved to FedEx for nine years, indulging in logistics and express deliveries industry. His other ventures included IRDA, Khazanah and finally TERAJU, the parent agency of INSKEN at the time. During his interview with the CEO of TERAJU, Firdaus recalls the question that was posed to him. “What is the best way to help this country?” “Through human capital development,” Firdaus replies. That answer did not get him the job in TERAJU, instead it got him into the seat of the CEO of INSKEN. As an engineer, Firdaus took the role firstly by defining the problem and identifying the issues. “Nobody actually cares to define the problem. Everybody just comes in to impose a solution, usually in the form of programmes. Because that is how it normally works. They are driven by programmes and what problems it solves is something nobody really knows,” Firdaus tells Business Today.

“So, the first thing I did when I came in was to sit down with people and figure out what to do instead. I do not act like I am knowledgeable of everything, and I believe in utilising the talents in place. “And to get things started, we started collaborating with various other agencies and the momentum was picking up. This enabled us to become more known within the ecosystem,” Firdaus says.

According to Firdaus, the government is committed to producing more entrepreneurs but INSKEN on the other hand is keen to elevate the quality of existing entrepreneurs. He believes that without a strong support system, both existing and potentially new ones will struggle to keep going. To differentiate themselves from the other government agencies involved in entrepreneurship, Firdaus decides to explore a niche market of producing market improvement programmes that enables entrepreneurs to scale up. 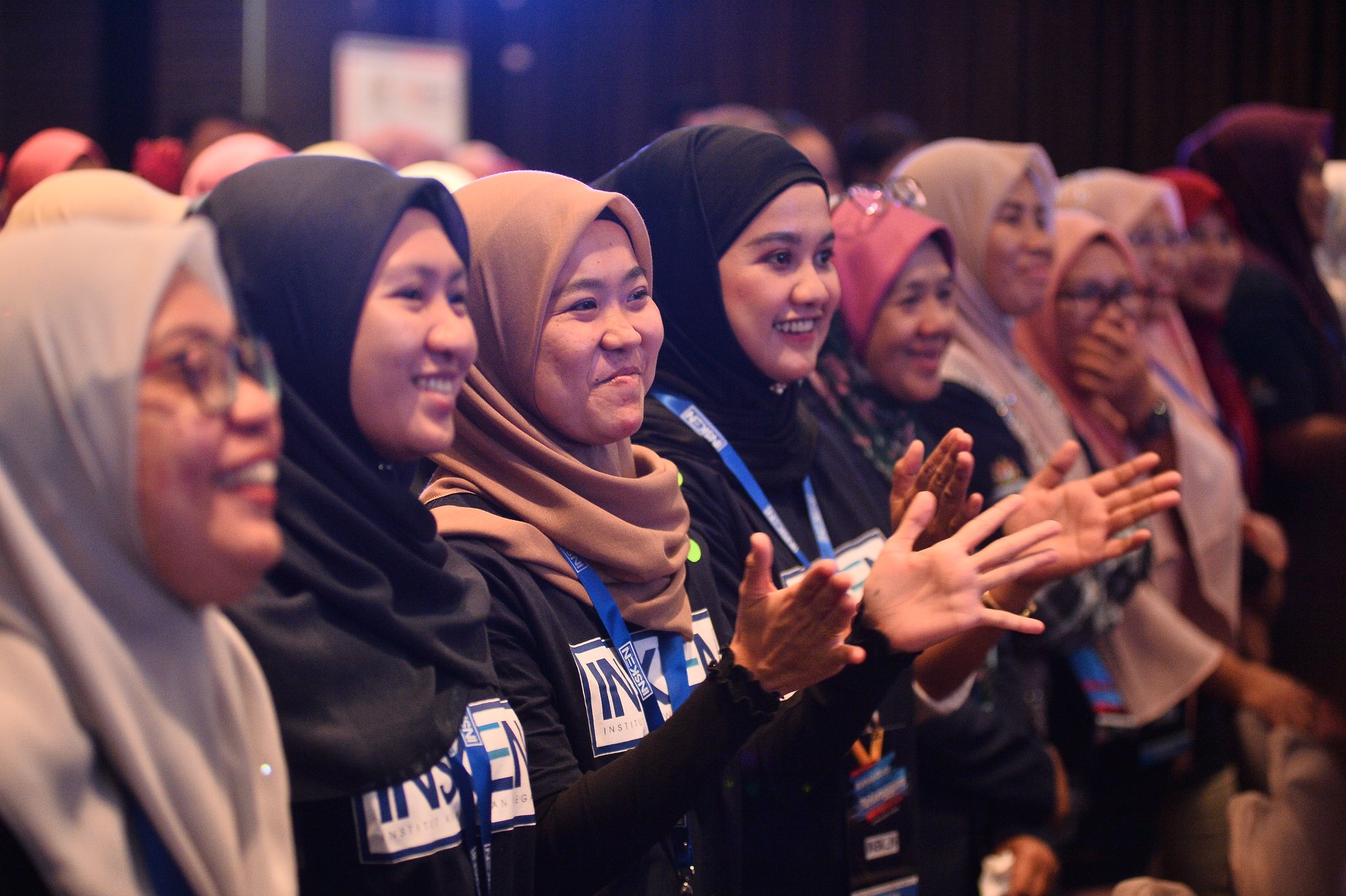 “We quickly realised that we are neither facilitators nor we were entrepreneurs. To produce the right programmes, we went straight to the businesses to identify the problems at hand and curate programmes that were more in tune to solve them,” he says. The problem-solving method paid off and one of INSKEN’s well-known initiatives was their business coaching programme. The programme started by inviting industry experts and collaborating with them to come up with modules. The modules were then used for individual coaching that would have the coaches visit the chosen businesses once a month in the span of four months. The coaches would advise the businesses on what is right and what is wrong. Firdaus also points out that the coaches are from the respective industries which allows them to tap into their experience in guiding entrepreneurs.

To date, the modules have been expanded into 21 industries that includes, car maintenances and ecotourism among others. In regards to the pandemic, when offices were shut down for months, Firdaus knew he and his team could not leave entrepreneurs in the dark and while face-to-face interaction were not allowed, they resorted to digital solutions. “We tried out Facebook live sessions to discuss various topics at different time intervals. These sessions raked in up to 7,000 viewers and questions were pouring in,” Firdaus says. The team brought in motivational speakers among entrepreneurs and conducted sharing sessions. The sessions lead to more discussions and eventually other government agency such as Inland Revenue Board was brought into the sessions as well. Firdaus himself held town hall sessions with entrepreneurs to answer questions and this further lead to online classes for three months for entrepreneurs nationwide. 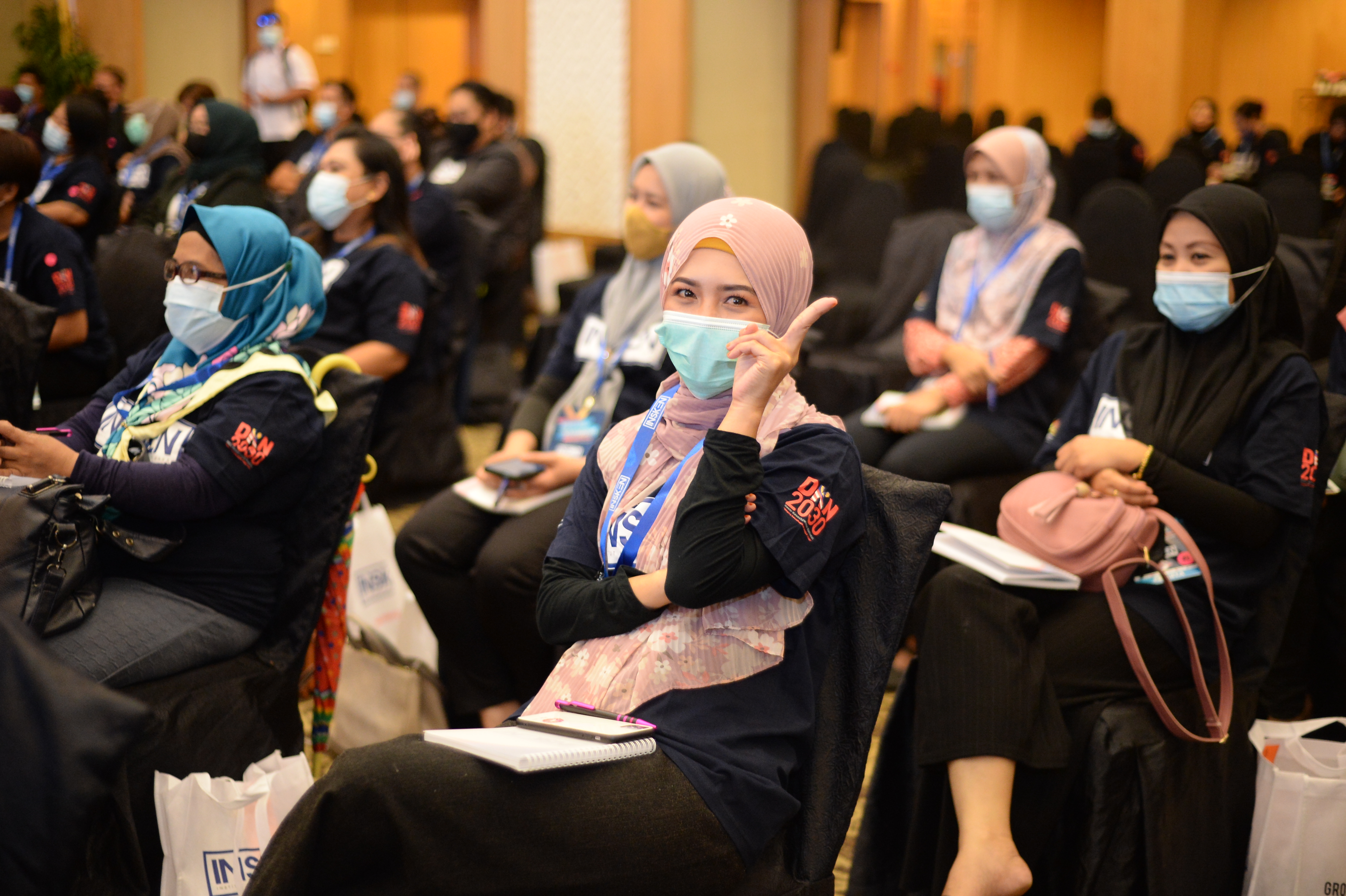 In 2020, entrepreneurship programmes organised by INSKEN recorded a jump in sales revenue totalling RM14.9 million and created 452 new jobs last year. In total, the Agency conducted 390 entrepreneurship programmes last year and trained 78,872 entrepreneurs. Around 40% of the participants involved last year were aged between 25 and 34, 34% were between 35 and 44 years old, 16% were 45 years old and above, while those below the age of 24 accounted for 10% of the total participants. Among the programmes were techniques for online sales and marketing where participant learned marketing techniques for various social media platforms including TikTok and Instagram to increase sales.

Identify the Problem
“When I give talks to university students, the first question I get is the sort businesses they should venture into and how. My answer remains the same for all. Identify a societal problem you would like to solve,” Firdaus tells Business Today. Firdaus is urging Malaysian entrepreneurs to identify problems first before going to establishing an idea without thinking it through. He is also optimistic, entrepreneurs in the country have the potential to growing into unicorns if they are on the right path. “I see more of the younger generation that are open to becoming entrepreneurs. They are fearless and with more support of government assistance, their paths are much easier now compared to those who started years ago. “I am also a believer that while the ecosystem is much more challenging now, it will produce more resilient entrepreneurs for the future as it is no longer sustainable for government agencies to keep funding in the long run,” he says.

What the Future Holds?

Firdaus is keen to continue holding hybrid programmes that will take place both physically and via online. While the last few months has been more of a survival themed month, moving forward, INSKEN will be focusing on launching new programmes that will enable entrepreneurs to focus on new avenues to expand. “We have launched a new programme called Program Usahawan Bisnes Dropship & Ejen (DNA). We acknowledge it’s something that many are doing now but owners of businesses are complaining that dropshippers do not have the right training as most of them are students and housewives. “Our DNA programme is made up of two simple components which will include training and introduction to better strategies,” Firdaus highlights. The training sessions will introduce existing and new dropshippers on how to be a good reseller with the proper technique . Meanwhile the DNA Marketplace will introduce dropshipper to founders’ list of products that could potentially attract interest of the dropshipper.